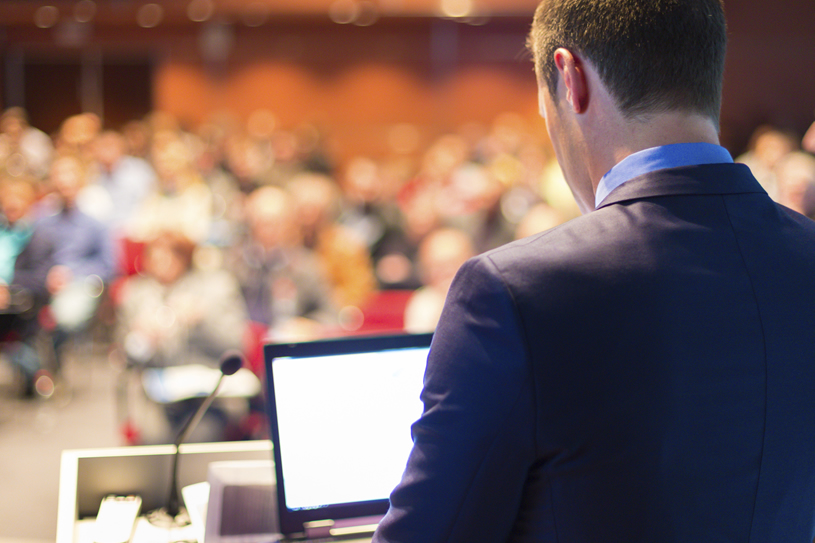 Early in my speaking and management career, my mentor introduced me to this lesson. I learned it a few times the hard way and again in Toastmasters. Remember, speakers are leaders. A leader is constantly working to build trust and maintain credibility. I apply public speaking skills when I am engaged in strategic planning, change management, performance consulting, corporate training, etc.

Therefore, it is important to avoid controversy and keep a neutral stance when delivering a program. This contributes to a safe environment that allows participants to remain fully focused. Word choices require a level of deliberateness; otherwise, they may distract the audience by pulling their focus from the message.

Compulsory, unoriginal material that references bathroom topics, sexual topics, cultural stereotypes or any of those things that have been overused may often be met with a deadly hush. These are traditionally referred to as bedroom, bathroom and barnyard or the 3 B’s. These can cross the line for some and create a backlash you would prefer to avoid.

The stage is larger and today may even effect bias perceptions before or after you arrive. What is considered acceptable or mildly profane in one culture or language usage may be considered highly offensive in another. Such irreverence in some instances could result in your death or threats such as one author experienced for violating what was considered holy by some. So it is important have the social awareness and to consider which words to avoid.

Leadership strategies today require this level of awareness. The modern audience is more sensitive and informed these days. Once offended, it is rare to regain their trust. Toastmasters International™ suggests avoiding language or topics best left in the “bathroom, bathroom, or bedroom.” Presenters are most successful using humor that lets people laugh at you and at your personal faults.